Bank interest rates fell sharply, real estate prices in some areas increased rapidly, urging many people to use financial leverage to invest in real estate. However, buyers need to consider this plan because many investors are under pressure of bank debt, even suffering from selling losses due to the decline in cash flow due to epidemic diseases.
With an income of “squeezing pictures” from a crowded noodle shop on Hanoi’s old town, in early 2019, the Vietnamese couple decided to invest a 1.7 billion dong land in the outskirts. With a capital of more than 1 billion dong, realizing that the bank interest rates in the past few years are quite stable, they boldly borrowed from the bank of 600 million. Mr. Viet calculates that it takes only 3-4 years for him to pay off the debt. Each month, he pays the bank VND 12-15 million quite gently, and has a beautiful land that can increase the price very well later. However, he did not expect Covid-19 to strike. During the past few months, the shop was closed, and he and his wife were extremely pressured to pay the rent of the premises and pay the bank debt of 40 million each month. “I try to stick around because the shop has become famous, if I leave later, it is difficult to find a better place, but before now the main income of the family depends on the restaurant, so we struggle to repay the debt.”

By the second half of 2020, although the epidemic was well controlled, Mr. Viet’s noodle shop has been back online, but revenue has not recovered due to the absence of tourists, and people have also tightened their spending. The accumulated amount has been exhausted, while the shop’s revenue is not enough to cover rent and bank interest, so in October 2020, Mr. Viet decided to sell the land to pay debt. Although the land is beautiful and the legal is good, it took nearly 2 months before he could sell it at the same price as when he bought it. “I have a heavy loss because I have to pay bank interest for nearly a year but the accumulated money will not increase, if I raise the land price higher to compensate for the loss, it will be difficult to sell out quickly.” 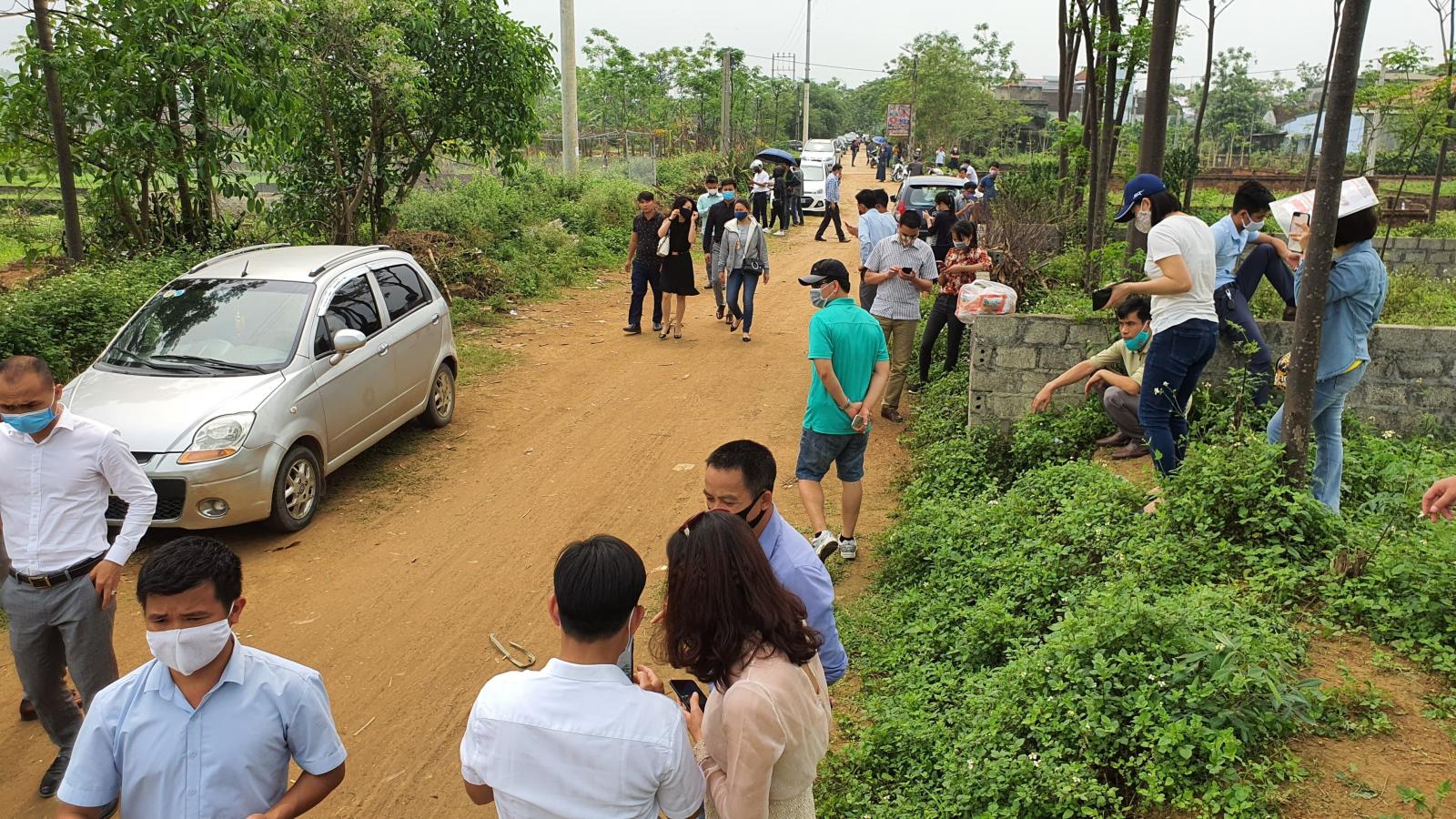 Real estate investors go to see the land
The real estate market is no longer suitable for investors who use financial leverage to “surf”. Illustration

Thinking that the epidemic in Vietnam was well controlled, the salary income was quite stable, before the news that Thu Duc went to the city of Mr. Tan decided to borrow another 400 million bank to invest in an apartment with an apartment. calculation will surf quickly after a few months. However, things were not as easy as he thought when he reached the end of the year, his apartment still could not be sold because of the high price. Meanwhile, after a period of staying, the electronics and refrigeration company where he worked began to cut staff salaries, narrowing the market due to declining revenue. The couple’s Tet bonuses are also expected to disappear, calculating a deficit of hundreds of million over the previous years. Very hard, Mr. Tan and his wife sold the apartment at the buying price to be able to transfer quickly, because if he was worried that he would not be able to compensate for bank loans, he could not rotate the payment according to progress. when life struggles because the main income falls.

The story of real estate investment when the bank interest rate dropped to the lowest of 15 years became “hot” in the context of gold prices fluctuating continuously and many profit-taking investors began to withdraw from the stock market. Meanwhile, real estate prices have not changed, even increased sharply in places with major infrastructure changes such as Thu Duc (Ho Chi Minh City), Thuy Nguyen (Hai Phong) … Many people. impatient when the accumulated money is not enough, but want to quickly enjoy the fruits from buying and selling real estate, it is considering a bank loan plan.

However, investor Do Viet Dung, who used to come up from a brokerage career and “hit the land” several times, built a property in Hanoi, said that this is a sensitive time, investors absolutely do not. should play “all hands”. The use of financial leverage will be ineffective when the economy is in trouble because in addition to the main income can be reduced, the resale of assets is not easy because people are squeezing consumption and being more cautious. in transactions. When the economy and market sentiment are good, closing real estate transactions can take place quickly in 1-2 months, even weekly, but for now, the closing time will be longer than 2- 3 times. If the revenue source is not stable, the accumulated money is not much, should not use financial leverage at this time even though the interest rate is low, especially if you have to borrow more than 50% of the asset value. If the income is stable, has a reserve fund and only has to borrow from a bank less than 30% of the asset value, investors should consider choosing properties that can immediately generate cash flow, such as completed apartments. houses, townhouses, warehouses for rent …

At the Vietnam Real Estate Conference (VRES) 2020 organized by Batdongsan.com.vn, real estate experts also believe that the real estate market is in a good stage to buy in but only suitable for customers. goods, investors are rich, financially proactive. The epidemic has not been completely controlled, not to mention the “macro” period can last 1-2 years so there are still risks in cash flow, investors using financial leverage must be very cautious.